Sweat gland function and disorders that can be experienced 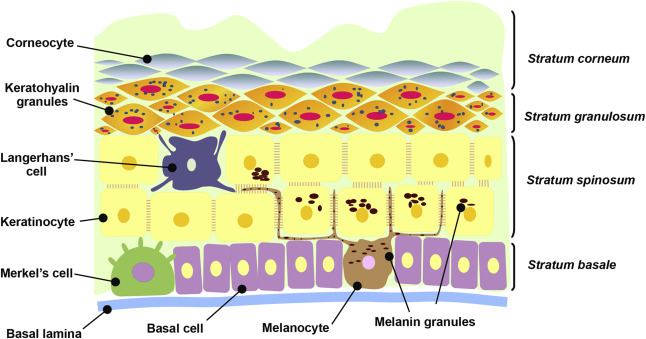 Sweat is a bodily fluid produced by sweat glands, in which there are small amounts of ammonia, urea, salt, and sugar. Sweating is the body’s way of cooling the rising internal temperature. Usually, the body sweats when exercising, has a fever, or feels anxious. There are many functions of the sweat glands for the body. If the gland is problematic then it can cause various disorders where the body sweats too much or too little.

the function of sweat glands

Sweat glands have important functions for the body, including:

Sweat glands have the main function of maintaining body temperature. When the body feels excessive heat, the sweat glands will secrete water to the surface of the skin to cool the skin and blood flow underneath.
This is a way to reduce excess heat that can cause harmful effects to the body.

Remove toxic substances from the body

There are lots of harmful substances that may enter the body either through pollution, food, drinks to cosmetics. Sweat glands function to produce sweat which can help remove these toxic substances from the body.
Toxic substances that can be excreted with sweat include heavy metals and harmful compounds such as BPA and some types of PCBs.

Bacterial infections in the skin can hurt health. The function of the sweat glands is to help get rid of bacteria from the body. The glycoproteins in sweat will bind to bacteria and throw them out of the body.

Eccrine glands are glands with a circular tube-like structure and are small in size, ranging from 0.05 mm to 0.1 mm. Eccrine glands consist of two parts, namely the secretory part and the excretory duct.

Although often associated with body odor, apocrine sweat has no odor. It’s just that when apocrine secretions mix with bacteria that live on the skin, it produces an unpleasant odor.

Disorders of the sweat glands

Disorders of the sweat glands can cause excessive or too little sweat production.

Hyperhidrosis is a condition when the body produces excessive sweat. Normally, the body will produce a lot of sweat when you are exercising or doing strenuous activities. In addition, heat and stress are common causes of excessive sweating. However, there are times when excessive sweating can also be a sign of other health problems, including:

Often excessive sweating also has no known cause. This is known as idiopathic hyperhidrosis.

Anhidrosis is a condition in which the sweat glands produce too little sweat. This disorder can cause excessive body heat which can be life-threatening. Several health conditions can cause sweat glands to develop anhidrosis, including:

Some people refer to anhidrosis as hyperhidrosis, but some think that hypohidrosis is a milder condition than anhidrosis. Sweating is a sign that the body, especially the sweat glands, is functioning properly. If you notice a change in the way your body sweats that is not, as usual, it’s a good idea to consult a doctor. Especially if you have any of the conditions that can lead to hyperhidrosis or anhidrosis.