Benefits of Edamame for Pregnant Women, Suitable for Healthy Snacks 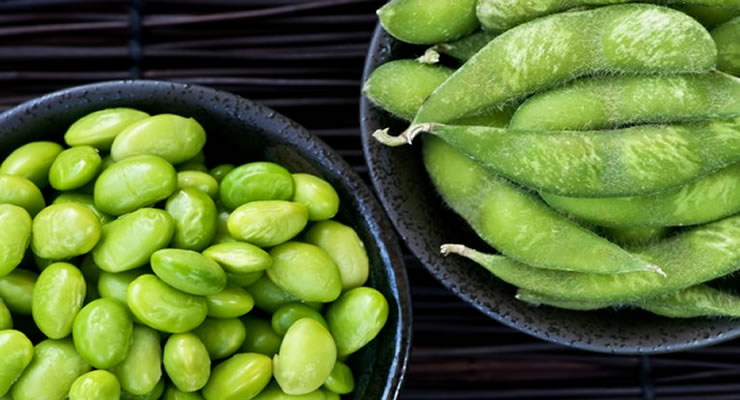 Edamame for pregnant women can be a healthy snack that is rich in essential nutrients. Edamame are soybeans from Japan that are not fully ripe and cooked with the shell. Cooking edamame is fairly easy. Simply by boiling, steaming, heating using the microwave or making a salad mix, you can already get the benefits of edamame for pregnant women.

Although edamame is small in size, it has a lot of nutritional content in it. Edamame is a great tasting vegetarian protein source.
At 100 grams, edamame can provide a variety of good nutrients for pregnant women, such as:

Edamame can act as a source of folic acid. Soybeans are also rich in vitamins A, B, C, E and K as well as various other antioxidant and mineral compounds.

Benefits of edamame for pregnant women

Pregnant women often experience iron deficiency anemia. This condition can trigger various symptoms, such as fatigue, headaches, lethargy, and many other complaints.

Edamame is an intake that contains iron, so it is considered to be able to help prevent and treat anemia. However, research data related to soy foods and anemia are still mixed.

The next benefit of edamame for pregnant women is to help control blood sugar levels in people with gestational diabetes and cholesterol in pregnant women. To find out how to consume edamame that is most appropriate for your condition, you should first consult with your obstetrician.

In about 100 mg there are 428 micrograms of folate which is an important nutrient for maintaining a healthy pregnancy. Folate can prevent neural tube defects or spina bifida.

Spina bifida is one of the most common birth defects and is usually caused by folate deficiency in early pregnancy. Therefore, folate consumption is not only recommended for pregnant women, but also for women who already have plans to become pregnant.

The benefits of edamame for pregnant women will not only be felt physically, but also mentally. Hormonal changes during pregnancy can cause mood swings. Edamame is a type of soybean that can protect mothers from depression during pregnancy.

Edamame side effects to watch out for

Although edamame is beneficial for pregnant women, there are also things to consider when consuming these nuts. Several studies suggest some side effects of consuming edamame that you need to pay attention to, such as:

Keep in mind that research results are still mixed, and some of these studies were obtained from trials conducted on test animals and not humans. The edamame side effects mentioned will only occur when consumed in certain amounts.